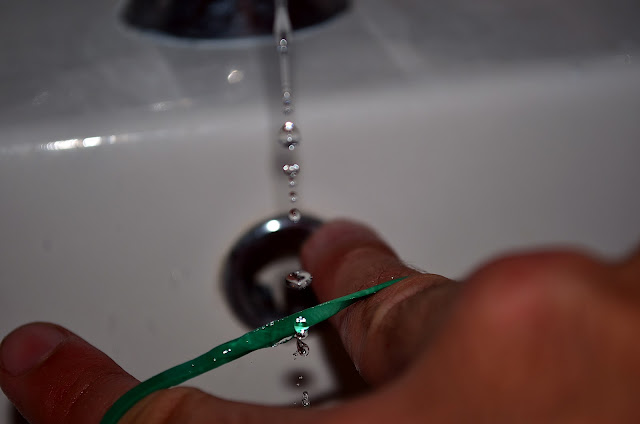 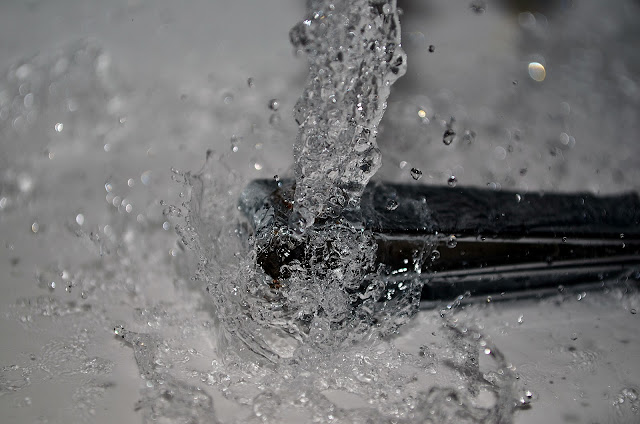 Water, frigging water, yep, again, if you are looking for some of my better photography, go back, go back a week maybe? 10 days left people, this is it, I have ten days and then you wont have my daily blog of stupidity and 'Oh Will moments', random pictures of stuff in my room or water droplets. My friend told me that I should put this blog on my CV or UCAS form but I don't think I could do that, they would take one look at the blog and just decide they hate me. Anyway, today we got name tags, name badges or whatever you want to call them and also, my lovely neighbor cooked for me, I also got told that gullible was written on the ceiling (it's not) and that an opera is in the language of foreign. Wow that was a wierd introduction but urm sure. My school has given out ID cards to every sixth former and teacher, the reason they gave us was that random people couldn't come into the school and wander round, if you are going into a fairly average all boys school in one of the worst parts of Dover just to 'wander round', there is definately something wrong with you anyway. This plan also fell apart when one of my new teachers forgot her ID card and left it at home, she just laughed. She just frigging laughed. Today was also the day that my English teacher laid into a girl in my class for comparing one story to 'fifty shades of Grey' (or as I like to call it, fifty shades of creepy mummy porn), the girl then had to admit that she had read the book and described it as sensual rather than sexual, yeah, that's interesting, because whenever I see someone reading the book on a train for example like last week, I just feel like I am watching them look at porn, it feels so wrong. Ooh, also something that I forgot to say, something that I saw last week was a van parked on double yellow lines, (Teddy and I were walking back from Sainsburys), the van had three tickets so I was instantly excited (Not in a wierd way), I did a double take and walked back to the said van, there was a note, the note read, "Gone to Tenneriffe for 3 weeks, doing work in the house here, do not give me a ticket, I will get angry", I took a photo on my phone and have officially given the prize for the bravest van man of the year award to him/her. Tonight I also watched a DVD at my neighbours house, she has over 200 DVDs...200! I have about 10.