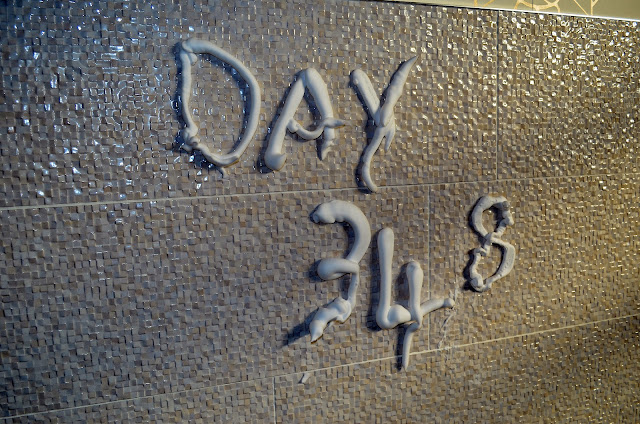 With the world spiraling into debt, wars raging in far away lands, it's time to sit down, and read my blog, let's go! Today I woke up at 10, on the unit outside my room was £7.50, I had no idea if it was for me and why but it confused me. As I headed down for breakfast I found the list, the list that every teenager hates to find when the family are out, a list of jobs that had to be completed. Featured on the evil job list was 'Hoover' and 'Put washing out', grr, I was going to sit around all day and play Xbox. It worked out quite nicely, I did the jobs and then Teddy came over, 10 minutes of talking about school timetables and buses followed by an hour of Teddy beating me up on a wrestling game. I also went out to buy a pencil case and fill it with stationary (durr), I went round finding pens and pencils and general pencil case stuff in the pound shop. As we stood at the counter behind a huge queue, I spotted that on one of the items I could get another for free, back to the stationary isle! As I was faced with the choice of buying another couple of highlighters or buying colouring pencils, I really thought about it, Teddy said, "You will never use them though, you don't do art so they are useless, get the highlighters", damn you, I would have failed all my A-levels (probably not) with my new colouring pencils but boy would everything look pretty.