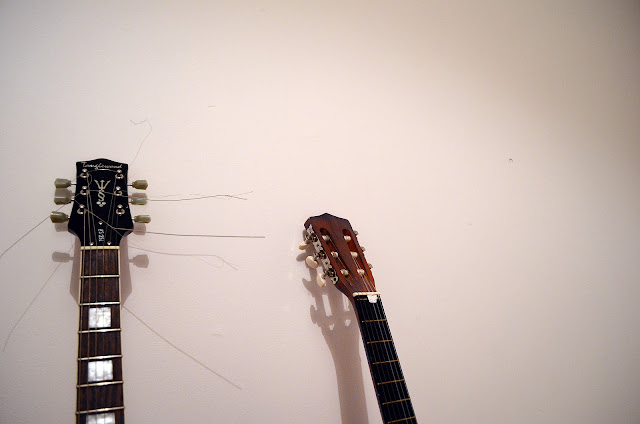 The day that I got recognised in town from my band. Hello there, I'm afraid to say it but I only have 13/14 days left of my blog, after that I am not sure what I will do...Look in the job centre? Sell my camera? Take drugs with Mr Blobby? No, no, no, none of those things, I will probably wait 3 months and start it from the 1st of January this year. Today I woke up, pretty damn early and got the bus, but I got the early bus and got talking to an awesome guy called Mitch, he used to go to my school and he plays guitar and I am not inlove with him. We are now bus buddies. Once getting to school, I was an hour early for lessons, there was one thing for it, I was going to brave the sixth form common room, only 2 other people in my year had done it and I was to be bronze medal holder of the imaginary event. I texted my friend quickly to tell him my moment of madness and that he might not see me again and I got the reply "You sir have big balls, see you in form time", I marched in all triumphant and like there was going to be a battle between year 12 and 13 but no, instead it was just me, in a room with four computers and a load of leaflets about universities and STDs, yep, school is fun. When I got off the bus on the way home I had a second moment of madness where I decided to get my haircut, I caught a sight of my overgrown thatch and after 20 minutes of planning, I was sitting in the chair with the cape around me, like a special Batman. This haircut was different, the lady was talking to me, actually having a conversation with me, this made me uneasy, I like to just zone out and wake up with a snazzy new haircut and 10 pounds missing from my wallet. I recognised her from somewhere, but where. As the conversation drew more and more towards music I began to feel suspicious, suddenly after a minute of awkward scissory silence where I thought she had given up the conversation she blurted it out... "I was at your gig the other day, I had a really nice time, thank you", she explained that she was at the music and beer festival on the 27th and probably gotten royally trolleyed before hearing our set. Also today, I realised that for my ICT coursework I have to assemble a computer from scratch, the inside of a frigging computer! In the words of Forrest Gump, "and that's all I have to say about that"

Another day another dollar - No idea why I wrote this, my hands are just writing what they want now.