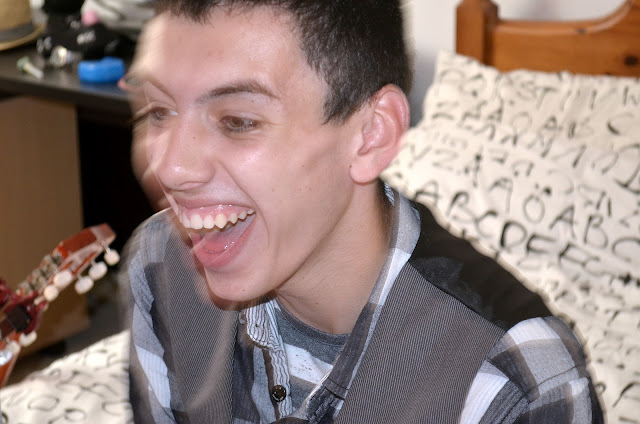 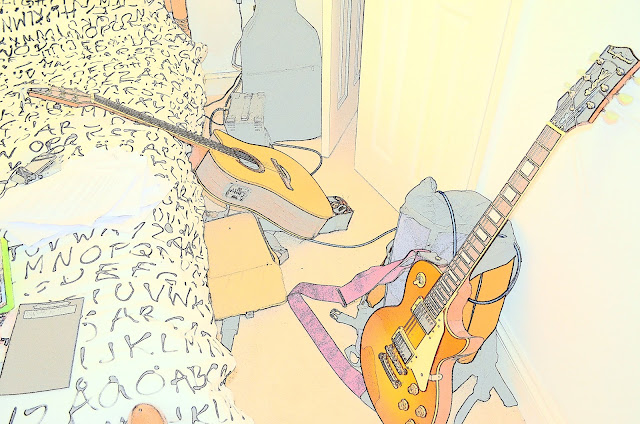 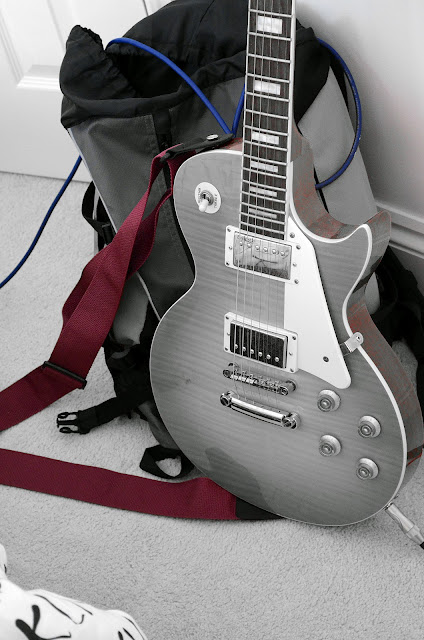 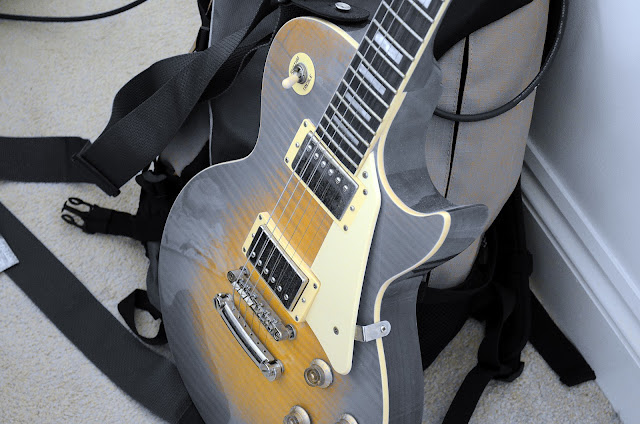 Today I beat Teddy up, on a game. Chill. Hello there my lovely blog followers, I have a had a good and a bad day, chill out with me while I tell you the story. Today I had Teddy and Laura coming over, it was the final time we would see Laura until she was back in Deal, whenever that was. Sarah texted me last night to let me know that there was an open mic gig round the corner (and then some) which she suggested we should play at. We did. For the morning we practiced...Abit, then the rest of the afternoon and day was spent playing a game where the objective is to hurt the other person, Teddy loved it, he actually beat me at a game, so did Laura. So we got to the venue and we were the first there, we met the sound technician called Geoff, the legend called Geoff. Now I am not normally great with small talk but when I am nervous or excited I seem to be fantastic at it, I was asking him and the bar girl all kinds of questions and I think it's called a conversation? I've never done a sound check before and so it made me feel so cool, especially because my guitar wasn't working properly...wait what? 8 o'clock rolls round and Geoff says "Yeah the vibe is around 8 o'clock", the room is awkward, it is Laura, Teddy, Sarah, Sarah's parents and Teddy's dad + brother. Just as we were going to chill out and relax into the awkward situation, 5 guys about my age roll in and we have to play now, an audience. Geoff announces us and we play, first song, goes as good as it gets, second song and we are smashing it with Laura's amazing voice. Third song, Jason Mraz - 'I'm yours', this features a capo, a clamp to move the key up and down, I had my capo, but just as I clamped it open, it broke, into six different tiny parts, this was a disaster, I quickly looked around and suddenly I saw Sarah, "Sarah, have you got a capo?", she did! She let me borrow it and we played on, the gig didnt go that well because it took sound editing into the equation, we play best pure acoustically and it was altered. Bad move Geoff. I quickly wanted to make my getaway, I felt like the gig went disastrously, I grabbed my stuff and took a slow walk along the beach, I stood on the beach and walked so slowly home that my back hurt by the end. I got in, lay on my bed and then my phone went off, it was Sarah "Hey! You guys were great tonight, well done!", maybe it wasn't so disastrous after all.

Also, I should mention that Laura took today's photos, I am laughing so hard in photo one because I didn't know the controls to the wrestling game and Teddy was just mashing keys and mashing me.